Shimmer Sounds? Shiver Sounds more like, as music lovers and band parents wrapped themselves in their best winter woolies and waterproofs last Sunday and headed down to and around The Mill in Digbeth for a packed afternoon and evening of short but superb sets from bands local and from further afield.

This was the event’s first foray outside of Cardiff, where it made its debut in 2018 and had its second edition earlier in the month. The bands played for the most part half hour sets alternating between two rooms so that as one finishes, another starts and there’s no waiting around. The effect is a little like being in the audience for an edition of The Old Grey Whistle Test (ask an older relative) and nothing like Later With Jools Holland.

My first band are Tall Stories, who offer hi-tempo indie rock with a lead singer/guitarist resembling a 1979 Bernard Sumner and a girl drummer offering plenty of drive forward. Buzzard Buzzard Buzzard (below) are next up with Americana tinged with Rolling Stones rock and a frontman offering Townshend-style windmill arms and Jaggeresque camp. 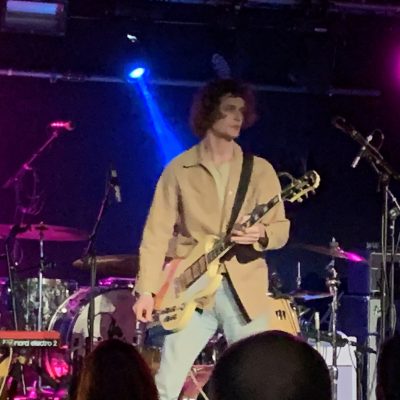 Gengahr (pictured top) initially bring a more mellow and slower-paced sound than the fast-paced rock so far with honeyed vocals and up the pace as the set goes on.  They have a new album due out and play some tracks in their set. In’t other room Sugarthief continue the cold autumn summer mellow by providing music with a 60s vibe but with a modern edge and an occasional whiff of noughties indie types Athlete (will they thank me for that?).

The Blinders could possibly be named after the faintly overblown and overhyped Small Heath gangster saga (my opinion) and after a lot of bass noodling a Real Thing cover explodes into some real noise that flirts with the mighty city sons Black Sabbath. Luna Bay keep the energy going with Supergrass-ish riffs and melodies that are ever more promising as they grow into their set. 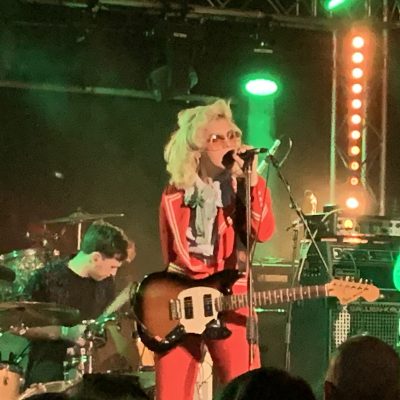 The last two acts on the main stage get longer set times. Black Honey (above) are classic post-punk new wave fronted up by the charismatic Izzy who dress-wise is 1973 Jon Pertwee Doctor Who (ask an older relative) and looks and voice-wise Brix Smith-Start. They’ve already got on the festival circuit and are clearly going places, and are popular with the audience. To headline at a luxuriant hour are Temples with modern psych-rock pulled from their new album Hot Motion.

Shimmer Sounds clearly has a future as an act-packed showcase for new and emerging talent, but I would say its gender balance (only two women?) does need some attention. And The Mill needs some heaters!