Brum Radio’s very own Not So Rock Show is working alongside I’ve Seen Better Promotions to put on a charity event in aid of CALM- also known as Campaign Against Living Miserably.

The event is set to take place on Sunday the 22nd of May at Muthers Studio in Digbeth, Birmingham, UK. Treating the audience to 4 indie rock outfits, the gig will be headlined by Birmingham based band The Pines, with support from The White Lakes, Paradise Circus, and Tay Temple. 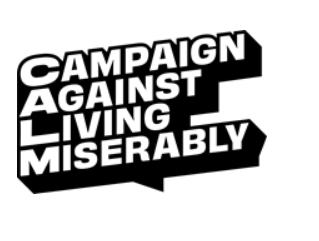 CALM is a charity organisation that works to unite the UK in the ongoing battle against suicide. The organisation works to bring communities together in an attempt to limit suicide numbers and prevent living miserably. Not only this, but CALM also offers a mental health helpline (0800 585858) available from 5pm- 12am (UK Time). As well as raising money for the cause, the Not So Rock Show and I’ve Seen Better Promotions seek to promote the discussion around mental health and to destigmatise the process of asking for help.

All bands listed on the line up, have been featured on last Sunday’s 3-hour Mental Health Special for the Not So Rock Show, as well as special guests: Kid Brunswick, Led By Lanterns, Slink and Amy ED. In short interviews on the show, the artists have highlighted their personal experiences battling mental health problems and why it is important for them to be a part of the gig raising money for such a poignant cause. The show brings to light the significance of illuminating mental health struggles as well as normalising such problems. The show came appropriately at the end of Mental Health week in the UK. This year’s theme was ‘Loneliness’. As a prominent driver of poor mental health, ‘loneliness’ is a critical choice for this year’s theme, especially coming out of over 2 years of COVID-19 lockdowns and isolation.

Regarding the importance of this event, Not So Rock Show host, Jenn, said: ‘it was really important for Pete and I to put on a show that supports mental health because we’ve worked with so many artists over the past couple of years who’ve struggled yet been so forthcoming when it came to speaking on air about their experiences. Music is such an important outlet, and we saw a great opportunity to bring people together and support a great cause, while also having some really great bands on the bill. This is our way of not only saying thank you, but also letting people know that they aren’t alone.’

Catch the Not So Rock Show, hosted by Jenn and Pete, every Sunday at 2-4pm (UK Time). You can listen back to last week’s special show here. You can also find tickets for the charity event here.