Gabriella Jones is bringing you the best feel-good soundtrack to ease you into the end of the working week. The show takes you on a journey each week with sounds varying from pop/rock to soul, but either way is guaranteed to uplift you. Let’s find out more about Gabriella Jones herself.

New to Brum Radio, Gabriella Jones utilises her show to broadcast the best of Birmingham and says that ‘the radio is an extension of the music I love’. Alongside presenting her weekly Brum Radio show, Gabriella Jones is actively pursuing her career as an artist.

As a singer, songwriter and guitarist, Gabriella is heading towards the release of her debut album, set to be put out this year. Gabriella began gigging at the age of 14 and was song writing before then. Having grown up with such creative flare, Gabriella landed her first major festival position at the age of just 16, right after her GCSEs. ‘It was Wireless Festival in Hyde Park with bands like Slash and Pink’. From that point onwards, Gabriella has been releasing music, whilst ‘playing shows all over the UK’.

Gabriella’s music incorporates a mix of all her influences, namely: pop, rock and soul. Her artist influences include the likes of: ‘Led Zepplin and Free, but also soul singers like Beverley Knight’. As an avid guitarist, Gabriella landed herself a role as a Gibson artist, and has been so for 4 years now. The experience has allowed her to flourish as a guitarist, trying ‘some beautiful guitars’, alongside meeting ‘great people’ within the creative industries. 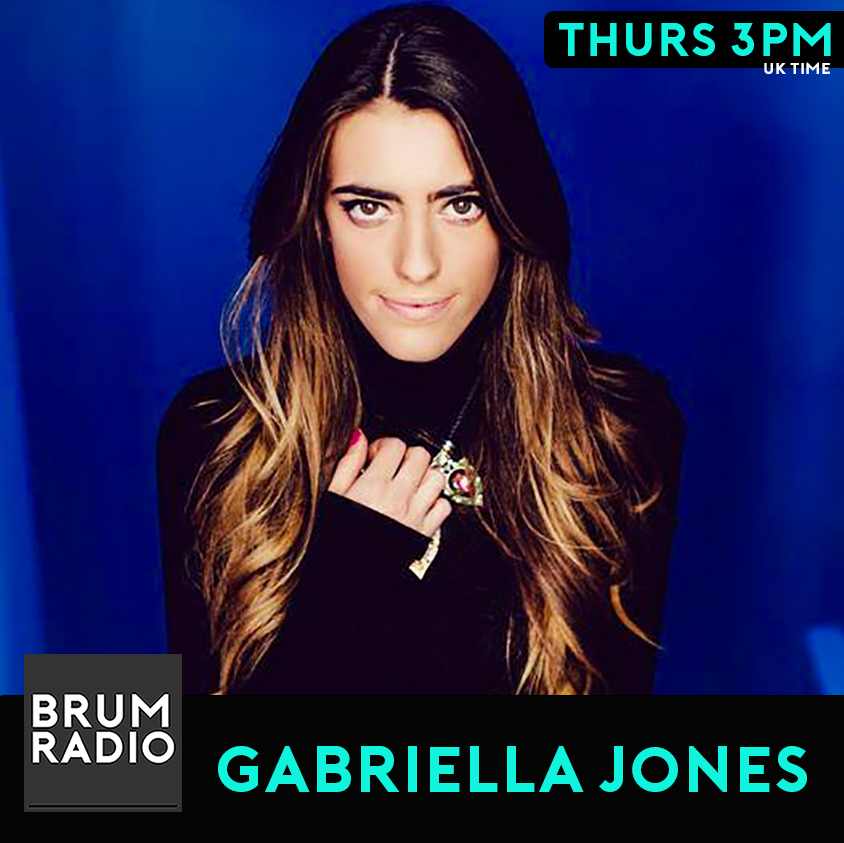 As a performer and artist, herself, Gabriella has a deep appreciation for Brum Radio and platforms alike as they ‘really champion up and coming bands as well as highlighting icons that hail from the Birmingham area’.

For those that are intrigued to find out more about Gabriella Jones’ music, you can discover her on all major streaming platforms.

If you need some feel-good tunes to fill your Thursday afternoon, you can find Gabriella Jones’ new show on air every week at 3pm (UK Time). You can also listen again here.