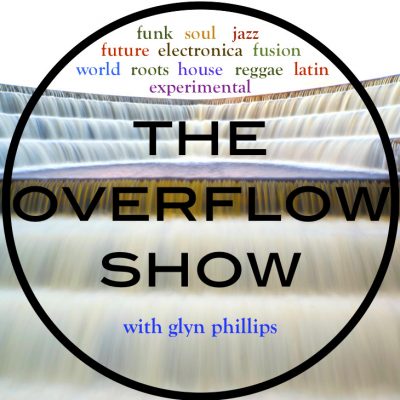 Glyn Phillips’s monthly Overflow Show brings you the latest releases and previews forthcoming albums and EP’s from around the globe, covering soul, jazz, funk, fusion, electronica, experimental, future beats, house, latin, roots, reggae, world and more in two hours of non-stop music – perfect whether you’re chilling, working or getting ready to go out!
The Overflow Show airs on Brum Radio approximately the third Monday of the month between 8-10pm.
Another month and yet again Glyn hasn’t failed in serving up another flavourful plate of new, recent and forthcoming releases. There’s a highlight on the conscious lyrics coupled with smooth soul vocals of Chicago’s Terry Blades’ excellent album American Descendant of Slavery, including songs about being black and gay in today’s USA and a story about a trans-woman incarcerated in a male jail.

Check out as well Glyn’s flagship world music show, WorldBeatUK, which goes more in-depth into the music and the backgrounds of artists and genres!  WorldBeatUK airs on the first Monday of the month and is repeated thereafter on Mondays at 8pm (unless The Overflow Show is on that week).
Follow WorldBeatUK