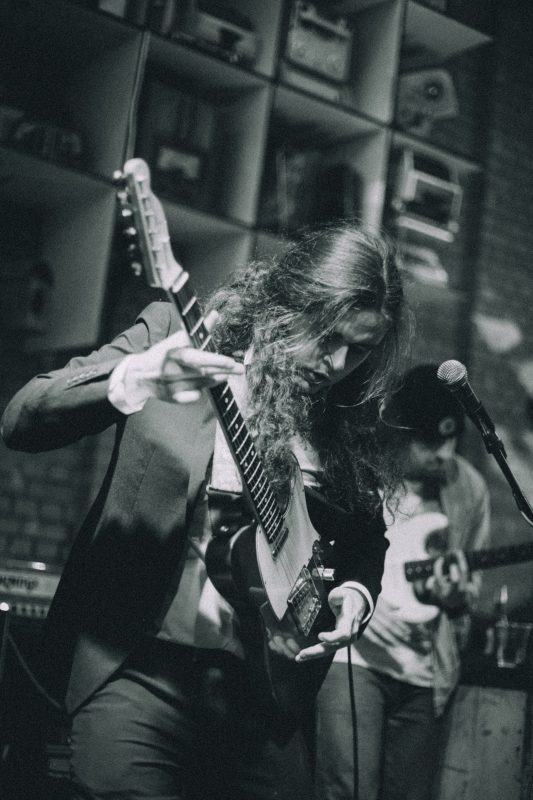 A giant mirror ball hung central to the dance floor with white sheets draping outward across the ceiling, a lava lamp projection across the walls would eventually become a fluid musical skin colour across the faces of half-sozzled Night Owl goers, weaving through the looping light displays ready for live local music at Kaleidoscope’s first birthday bash.

I’d been invited by none other than lustrously locked front man Liam Mckeown after listening to the latest EP ‘Get One On’ over a cuppa the week prior. There were two other bands on the bill that night, Silvershores and Sorry Grace, but I was mostly ready to consume some Brain Food.

A pick’n’mix of punters began to funnel in, greeting the three or four rotating Disc jockeys as they doled out a preamble of sixties and seventies vibes. Pacing musicians and entourages attempt dance troops of two or three, but ultimately turn for quick exits, the self-conscious nature of the modern early-birds.

I stuck to the multi-levelled chests of draws sandwiched together to make a bar at the back of the room. I was curious for a moment; what interactions lay past the solitary sofa and bongos, up the stairs, to an upper deck of the Night Owl? I guess there are inevitably scenes within scenes one is destined to miss out on… I later heard it was an art showcase, not a secret band hangout for nefarious activities, as I had originally made up in my head… I could’ve just walked up there, but hey ho!

Sorry Grace opened with magnificent magnetism; the Guitars Wah’d, Bass and Drums grooved, mostly five fours, the Saxophonist bellowed as the keys were tantalisingly tinkled, a deep and smooth lo-fi Indie-Jazz repertoire. Their vocalists haunting style and lyrics were unfortunately hard to hear, like at most live rock gigs, but defiantly she’d cried out a heartfelt and tuneful layer of soul over the crowd. 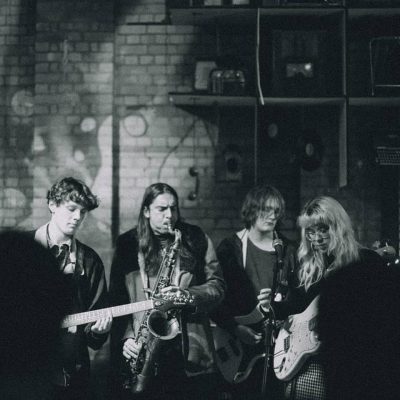 Liam had come and gabbed with myself for a moment during the early doors, and now was weaving with a Cheshire cheekiness as he prepared himself to take stage, getting up and then off again, and up, and off…a few times, before finally settling in, and adorning himself in his upside-down guitar. He introduces a chord or two, tuning tuning tuning, until finally they let loose; a psychedelic array of sounds into the jam packed room…the trippie-hippie movie scene dancing commenced.

My date and I had managed to stay on the periphery of the dance floor for the first few tunes, but as they progressed, of course the hips began to move, she starts up too, and before we know it we’re doing the whole Pulp Fiction diner dance jive, and Brain Food are relentlessly filling the room’s collective mind with exuberant, contrary, groovy music. Connor Doyle and Will Scarrot kept the beat on drums and bass guitar, Jakob Edge powered away on electric guitar and keys, and Liam sang and picked like he was born in that suit to play those songs (albeit back-to-front upside-down).

Eventually the set was done, our cups were empty, our bladders, the opposite, and after a brief re-balance we were introduced to Silvershores. Like the bands before, they lit up the room with raw energy, the bongos had come out too. They played a set of indie rock’n;’roll tunes which left us all lairily dancing away the final few hours, gabbing with co-workers, necking dregs, making room for  last orders, and snogging in dark corners which later turn out to be kinda on parade. The music had been spot on, and for myself as a punter, left me feeling deeply satisfied, especially given the free entry. Though the band’s certainly would’ve been worth the shelling out of a few bob.

Brain Food to me are just one fine example of a Brummie band i’ll be trying to catch across the city this coming spring and summer, they evoke that dreamy nostalgia that breaks me out of my day-mare. And so, on a mild Thursday evening in February, as I left on foot down the glowing streets around the back of the Digbeth, I could still feel the lava lamps and synth organs, a phantom filter on my life as my date and I  headed south east with a grandiose after-gig-feeling championing our late night trek home. 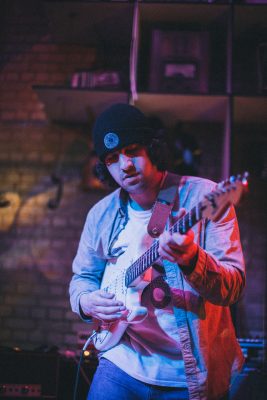 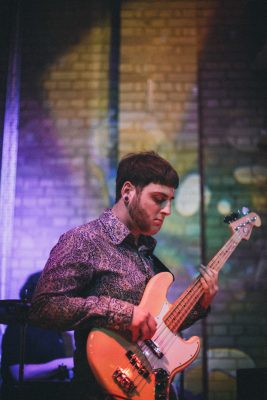 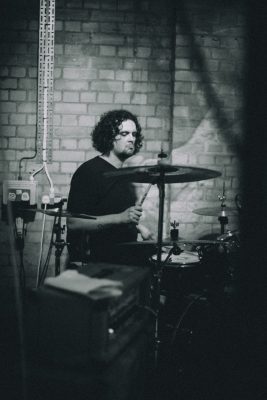